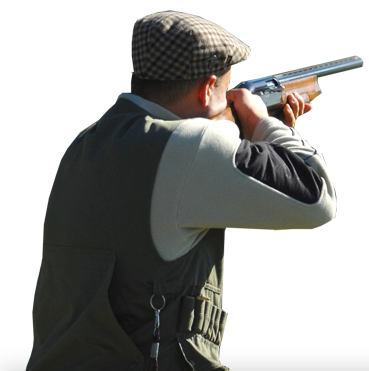 Woodcock and snipe shooting are offered at our 2 castles/country houses for guests staying in the Hamilton Wing from October to the end of January. Normally the woodcock do not come into Co. Fermanagh until the end of November on the Full Moon.

Minimum number of guns is 6 and the maximum is 10. Bags are entirely dependent on the weather and the quality of shooting. The emphasis at Belle Isle is on the sport of wild birds and the enjoyment of the day, not on numbers.

All birds are driven with the majority of guns standing. Woodcock shooting takes place over 450 acres, and 600 acres which is about 1 hours drive. Lunch is usually taken in the middle of the day in a pub or in the house.

Snipe shooting is either on Upper Lough Erne or on bogs which are 20 minutes drive away. Depending on the water level, the shore of the lake is shot from 17ft boats with some guns on land and some shooting from the boats.

We can provide a link to download an appropriate Firearms Application Form. Fee of £12 is required with your application form for non-UK residents only.

From Belfast travel on the M1 motorway in the direction of ‘Enniskillen and the West' until the Motorway ends.

Where the Motorway ends it immediately becomes the A4. Keep on the A4 always following the signs for Enniskillen. You will pass by or through the following villages; Ballygawley, Augher, Clogher, Fivemiletown, Brookeborough, Maguiresbridge.

After passing the village of Maguiresbridge, the next village you will come to is Lisbellaw. You should turn left off the A4 at the junction signposted for Lisbellaw/Carrybridge.

In Lisbellaw village, half way up the hill, turn left at the Wild Duck Inn (small signpost for Carrybridge).

Continue for approximately 3 miles to a crossroads (with a red telephone kiosk). Go straight across this junction until you come to a ‘T' junction.

Turn left at this point and continue straight on, past a church and a small lake on the left.

Approximately 200/300 yards past the lake, you will see a house on the right, (with a red telephone kiosk and post box outside).

You should turn right here; at which point you are at the start of the avenue to Belle Isle.

Continue straight on until Belle Isle House comes into view. Keep to the right until you come to the courtyard and reception.

Flights are readily available from London to Belfast city airport

We can collect your party from Belfast city airport for £90 and return your party £90.